Why is it that when I think of a title, there is always something else attached to the main word? Really, just look at all my previous blog titles. It’s never a single word for the sake of carrying all its essence. Does making it longer convey more information or lesser the word, the broader its domain? Well, certainly this is something to ponder upon.

Anyway, breaking the norm this time, I come up with a topic that struck me hard recently (almost like a eureka moment) – stillness or rather the dynamism behind it.

So, I was combing through my WordPress feed, looking over some of your blogs. There I came across a post which talked about anime. I don’t exactly remember who wrote it but I’m sure he/she was someone I had recently followed. I went to the comment section to see what others have suggested and there I found this movie which instantly intrigued me. Title – The Girl Who Leapt Through Time. Now, the title itself is sufficient to raise significant interest, so naturally it tickled the cinephile in me who is in perpetual search for a good addition to his growing list.

I should take a moment here to describe my lesser-explored fascination for anime. I have never talked about it on this blog because I never understood myself what exactly about it that resonated with me, besides my understanding of the complexity involved and of course some of the childhood memories which have faded over time. In college, few of my friends were truly crazy about gaming, manga, anime or anything that involved some sort of artificial character in the virtual world (which is conspicuous unlike fiction).

I always felt disconnected then because I couldn’t relate it to anything real. I was too busy chasing stars in my physical world. Pardon me to say this but it also felt a little kiddish for my taste (or so I thought). Anyway, it didn’t catch up to me until that time in the final year when I fell for someone who identified herself as a proud citizen of the anime-verse. So, I had to follow upon.

I had always looked at animation from a viewpoint of creating it – time, effort, skills, patience – and all of those that are essential to make a beautiful art piece but I couldn’t fathom its extent for effective storytelling until I saw ‘Death Note‘. That anime simply blew my mind and established a new benchmark for any future psychological thriller I’m going to watch. All of a sudden, it felt like a new world has opened up.

How could I be so naive about it? Source – Giphy

Watching ‘The Girl Who Leapt Through Time‘ simply consolidated my newfound belief. If you haven’t watched it, I highly recommend that you give it a try. The story, the animation, the sound design – the overall execution is just incredible!

Anyway, more than halfway through the movie there is a scene that captivated my imagination. At this timestamp (what could only be called the climax), everything comes at a halt and there are several still scenes are shown to symbolize that. What’s commendable is the usage of parallax movement of layers to account for the running time. The animator has beautifully utilized movement in relation to the progress of the movie even though the context is essentially that of frozen time.

If anyone has worked with graphic designing software, you would know how it essentially works on layers. In movie editing, we can either use motion keyframes or rotoscoping to separate out the elements and achieve a similar effect but technicality aside, I would let the scene do the talking –

Now, let me put some of those frames as images – 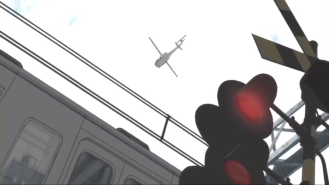 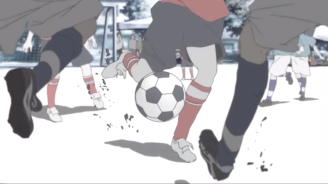 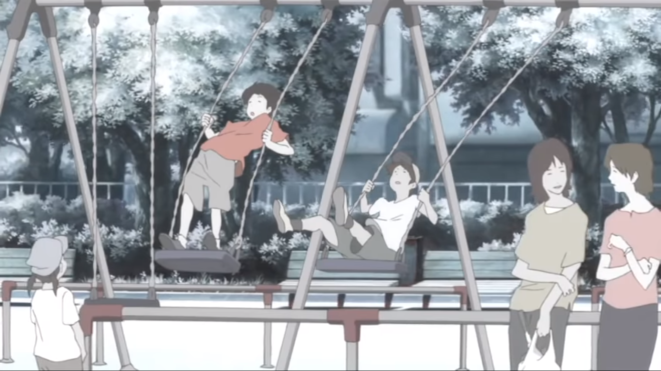 Does it feel the same? No, right? Isn’t that amazing?

At that instant, I knew I had to write about it. But what? As a person who prefers longer posts over short rants, I had some thinking to do. I wanted to look for instances in real life which could be mapped with this stillness function that yield dynamic results. I wanted to look for the inherent property of life i.e. dynamism disguising itself in other still moments. Think about it – it’s so non-intuitive yet so much rooted in reality. It feels like those paradoxical theorems of Quantum mechanics.

As a film-maker, I work with videos which are essentially moving images typically rendered at 24 fps. I know this but if I am to nit-pick individual frames and talk about its effectiveness, I would take a critical stand. Videos, from an engineering perspective, have always been that synergy where the overall effect is greater than the sum of its parts. But photographs are known to elicit strong emotions, right? Heck, I prefer taking photos over test videos to set the framing and test composition. Then, why don’t I venture into it more often?

Honestly, my photographs lacked movement. My still images feel like as if numbness has crept into the liveliness of the scene. But I’ve seen photographs which beautifully incorporate dynamism and I’m sure you have too. I have tried to learn that craft but somehow the learning didn’t translate to the intended effect in the final result. It still felt like it lacked a critical component for wholesome portrayal. Photography is that sense is much harder. It is like a highly efficient compression algorithm that crunches the whole data into its bit size storage.

Thinking about it made me wrap some of my surreal experiences by a single thread. These are the things that strike you at odd moments when you are lost in reverie. When you are motionless outside but your mind is host to turbulent thoughts that try to give definition to abstract phenomena. These are somehow internalized and keep piling up. I particularly remember something like this from my childhood.

Growing up in an Indian countryside essentially meant a constant chase with power cuts. There was no escaping though. In one of those dark nights when it would happen, the time that already passed lazily would feel like coming to a complete stop and the only thing that showed there was life to that still scene was the flickering flame of our study lamp. For me, those were the moments of reflection, of realization of something larger-than-life, of recapturing the world which has slipped out of my fist during the day. You were all to yourself wandering into your imaginary world where solitary nights carried you.

About the imaginary places – do you form imagery of a place or a person just by the name of it? Think about that time when someone told you that they visited a place or met someone or stayed somewhere and suddenly you have a picture in your mind of how it would be. It’s instantaneous without any need for description. Of course, it is refined based on the information like that crude sketch takings its shape as more features are added to it.

Don’t we picture scenes in our head when reading fiction? I’m sure we do. That’s what we are conditioned to. As a human being, we have more grasp over imagery than textual information. Consider it as a stillness. 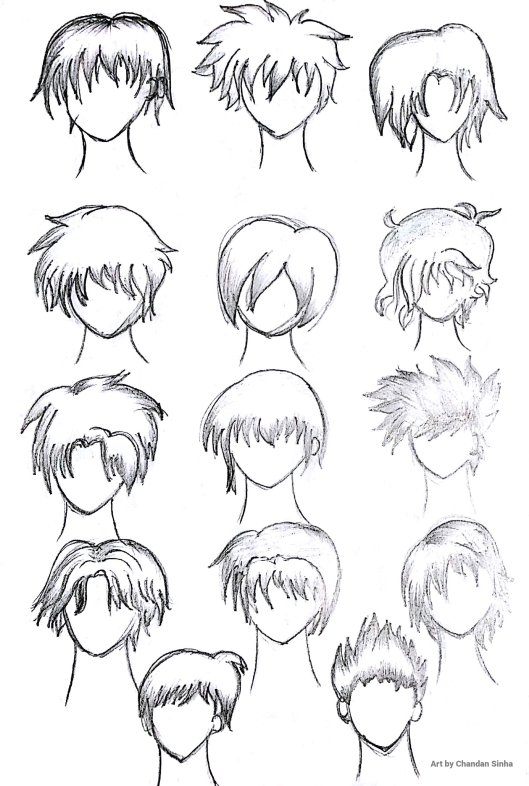 Now think about the time you actually encountered that place or person in real. Think about the very first thought. Did it strike you? Think about that infinitesimal moment when you are calibrating the picture in your head against what you actually see. Slow it down and analyze how you are modifying that still imagery to better suit its real form. Later, we may be saying – of course! it’s like this. How else could it have been?

Even in contrasting ways, it makes just as much sense. Now, on some random day when you are out of that space and try to re-picture that place or person, it feels like we cannot imagine it in any other way. The imagery has now changed – the disguised dynamism. It corresponds to a different stillness, transformed albeit to a more persistent one.

And it is not just about things outside of my control. It is even evident in my own works – say writing for example. I am not always with my notebook or laptop ready to write down anything. Inspiration may strike in bizarre ways and the sensible thing to do is to just note it down in my phone’s notepad. Sometimes I would write about it soon enough to retain the original context but more often than not, the time passes and I sit on it till the time it has loosened its essence. I can’t remember what I was actually thinking and now, these are just jumbled words I try to make sense of. It all feels still, desensitized until it is revived by my writing, even though it evolves in a totally different way.

I know this post goes all over the place with this topic but hopefully I gave you a glance through my eyes. There are multiple dimensions to it which I could have explored. Say optical illusion for instance – it is the perfect embodiment of subtle dynamism in stillness. 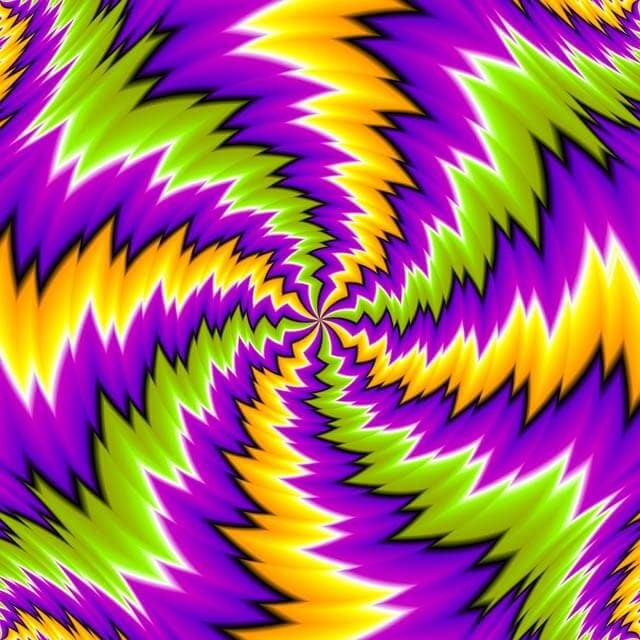 Stillness is an interesting character, a virtue of objects nonetheless but like it’s said – it’s not alive if it’s not moving and thus we see how movement is sneaked in for a lifelike characteristic. If change is the only constant, can the same be said about its converse? If yes, in what capacity? Think about it.

Have you experienced something that’s hard to explain? Tell me about it in the comments.

Song highlight (put in your earphones and let it progress, gets better every second) –